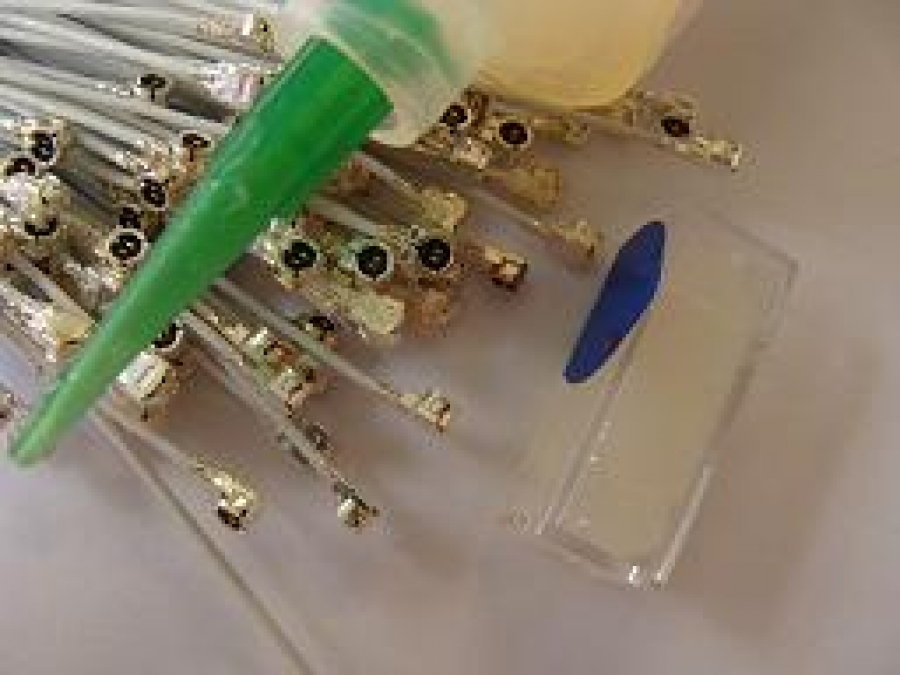 Connectors can be vulnerable. In your RF test set-up you make use of connectors like SMA, UFL or WFL. These connectors have a limited amount of mating actions, they wear down. Specially in T&M setups, there where you want to be sure of reliably & repeatable connections, you should take good care of connectors

The amount of mating cycles depends on the type and quality of the connector and of course of the reliability you expect of your measurement. 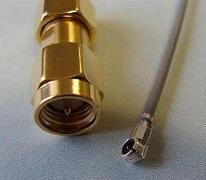 For SMA it is specified at several hundred times, for UFL & WFL this is much lower, somewhere between 20 and 50 times. But if you take good care 100 times is a good average, and if you take care while calibrating you will often notice when the UFL has reached its end of life. Luckily, these UFLs are inexpensive.
Our experience is that the cable part of the connection wears down much faster than the PCB-mounted part.

Most connectors you can change for new ones once worn down, but this does not apply for the SMA on the front panel of your VNA. Therefore try to limit as much as possible the times you (un)screw these SMA connections. 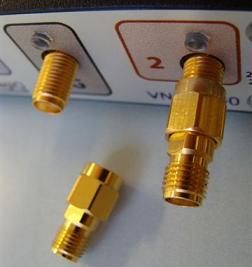 You can make use of SMA-savers (“life-savers”), i.e. an SMA male to female adapter you screw on the unit to leave it there. If you need to change this rather inexpensive adapter e.g. every 500 times, and the same amount applies for the SMA on the unit itself, you will wear the connector on the front panel down only after 500x500 = 25,000 times.

Use a SMA to UFL adapter for this if you work with UFL and leave the adapter on the frontpanel!

It is easy to damage most connectors, even unintentionally. Therefore always look well at what you are doing and align plug & jack very well before mating! Use glasses if you cannot see it well, UFL and specially WFL are very tiny connectors!

With connectors with a screw, like SMA and N, be sure to only turn the screw while holding the inner part of the connector still. Thus you will not cause friction that wears down the RF-parts of the connector excessively.

Also take care when unmating UFL or WFL: Make the movement “in line” with the pin, so perpendicular to the PCB. Do not “peal the plug off” by tearing at the cable.

Any connector: do not use defective connectors! They damage the jack you mate it with. So carefully inspect connectors for damage before using, and discard defective ones!

Especially for SMA connectors: inspect the center pin for damage or ill-formed shape. If it is not a smooth cone, do not use it. And, very important, feel how the mating goes. DO NOT continue screwing and DO NOT use a wrench if it doesn't feel right. Chances are that you are in the process of ruining the female center contact!

It is a good idea to use a lubricant, specially made for contacts, but be sure to use a type that does not affect contact characteristics of the connectors. A lubricant makes a lot of difference when using UFL-connectors. 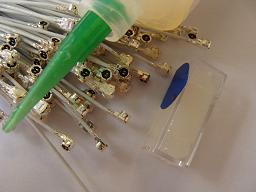 We've got good results with contact grease in a small dispenser, much more handy then a spray. The latter will easily contaminate a big area of the PCB.

The MegiQ policy is that all connectors are “wear down items” and do not fall under warranty.

More in this category: « UFL Connectors in VNA Measurements Contactless antenna measurement using a Vector Network Analyzer »
back to top