The ultimate nightmare for the Luminaire Designer is a real estate project at the other side of the world, with thousands of luminaires, all mounted high at the ceiling...
Where some 5% of them do not work every now and then.

You do not want to go around repositioning the (fixed) luminaires for getting good results. And most likely the units will have been installed by an other company, by people you do not know and in premisses of which you cannot get the details. A company that will not be pleased with the performance and you'll never know for sure whether or not the installation instructions have all been properly followed.

Let's be honest: “Wireless Real Life” is far too complicated to model it in a simple way, if modelling it in any reliable way is possible at all!

This not only applies to installing the luminaires in a building. It all starts with the design of the luminaire itself for RF-performance, given a certain RF-module!

Giving design rules and measurable limits for a set of parameters to insure e.g. 99,5% reliability in the field, is impossible without (expensive) over-specification.

A good RF-designer is worth it's weight in gold, because he or she has acquainted him/herself with many of the unpredictable influences surroundings have on wireless communications.
But there are very few of them around, RF is not a very popular specialisation, it is not very easy to learn and takes years.

That's the reason that you'll find so much sense and nonsense around RF. Some is pure lore, other is based upon observations that are valid for one specific case only.

Let's get more specific about the problems the Luminaire Designer faces: He or she has a lot of knowledge of lighting, mechanics, fabrication technology, industrial design and lifestyles, colour schemes, safety standards, etc.

Yesterday´s electronics that were integrated in the luminare's design were often plug and play because it used wired networks. A lot of work to install the luminaires in the building, but when done correctly, it simply works. And if not, the unit was defective.

With the coming of RF this all changes. You can have a perfectly working RF-module, and having no/communication at the same time in the field. 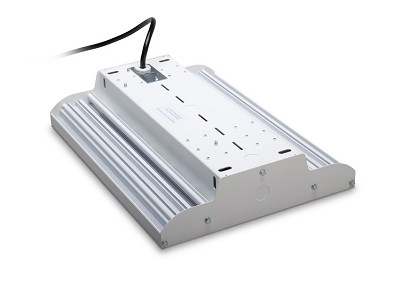 Price and aesthetics ask for “No Antenna” and “hiding the electronics” but the laws of physics ask for radiation i.e. visibility of the waves in order to establish communication.

This paradigm looks like wanting to hide the lamp bulb away and still asking for the best visibility. Remember: radio waves are the same as light waves.

Yes it is possible to find a good, working trade-off, but you really must know what you are doing!

Even given a well designed RF electronic module, still a lot influences network performance in the field, like:

RF, a Way of Life

RF is so different from what we were used to. It looks like “a way of life'... It asks for a different attitude towards the design cycle. Best is to start looking at the RF properties as early as possible in the design phase. Since geometry, materials, all influence behaviour.

There is a tendency to specify the needed TRP (Total Radiated Power) Of course this is important, but far more important is to know the radiated power in the wanted direction! This asks for measurement of the Radiation Pattern along the three axis. And of course you knowing what the preferred radiation pattern would look like.

Think of a luminaire for lighting along highways. The luminaires are some 50 m apart, mostly in a straight line and they can actually 'see' each other. Energy radiated up or down will get lost, and you probably would like to have the radiation pattern in the shape of a discus.

An other application, e.g. luminaires for offices, is better of with an omnidirectional radiation pattern, making use of the many reflections in most offices.

Some Rules of the Thumb

It is impossible to give a set of design rules that will guarantee a good design RF-wise. Designing in antennas in luminaires is more an Art & Craft then rocket science.

Rules of the Thumb if combined with some basic understanding are far more useful than equations and computer models. 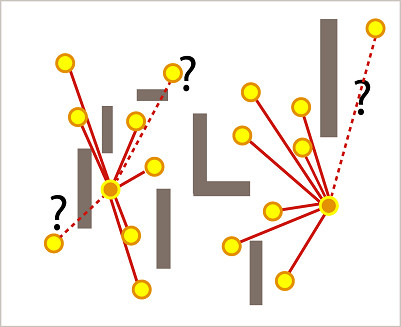 More in this category: « Taking Care of Connectors Contactless antenna measurement using a Vector Network Analyzer »
back to top